Live music in the post-pandemic city. 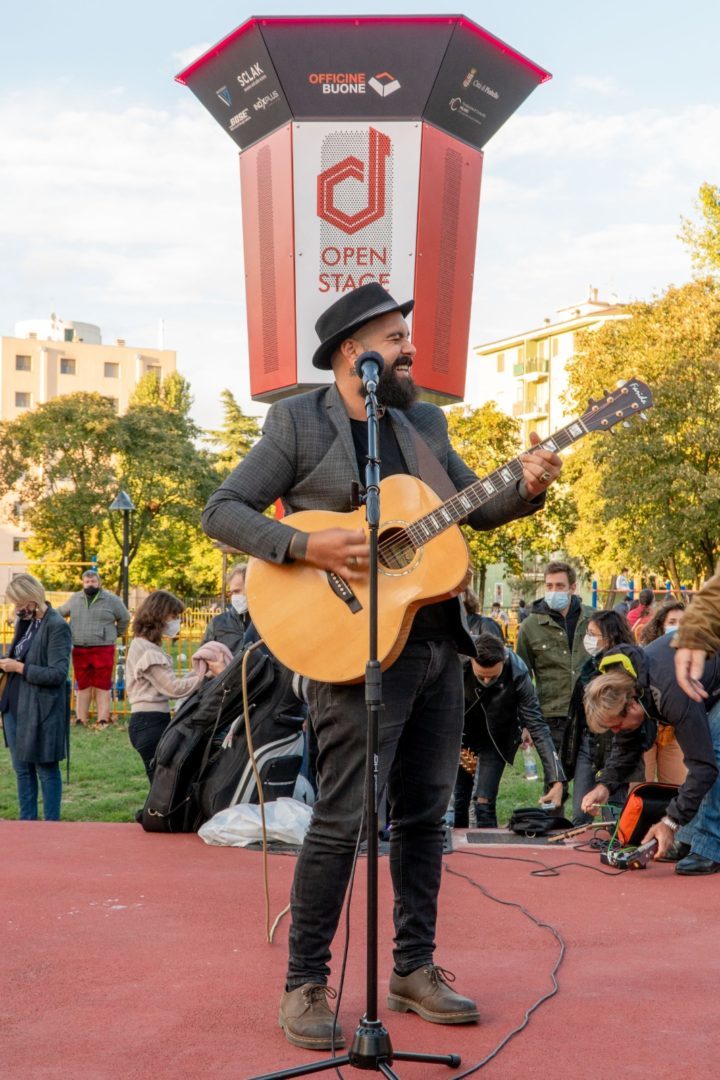 Live music in the post-pandemic city.

by admin4091
in Senza categoria
Comments

Challenges and opportunities of the live event market: Open Stage as a new possibility.

After the pandemic, live music will definitely change its mechanism and way of functioning.

The current scenario is dynamic and it has revealed the several weaknesses of this particular sector, leaving open challenges for an imminent future, potentially different in many aspects.

First of all, in this current situation what has emerged in a strong way is the infinite opportunities of technology, in particular live streaming revealed as an instrument with an enormous potential. According to the Nielsen End-of-Year Music Report, indeed, the number of viewers of live music streaming is increasing at a rate of 28,6% year-on-year. However, another research on music consumers promoted by Music Innovation Hub, states that, even if the 74% of the interviewed people enjoyed live streaming during the lockdown phase, no more than the 25% of the sample would substitute and maintain this habit in the future. Hence, it’s highly plausible that the digital component will represent a complementary part of the real experience, integrating it for a better result. In fact, live concerts represent the core of music business. But this not only from an economic point of view (the losses registered for the summer 2020 exceed 350 million -source Assomusica-), rather also for its social aspect, since live concerts are a collective experience of human sharing. In this logic, what will make the difference will be the capability to use technology as a creative leverage, so as to update and innovate live concerts, combining the online dimension with the network of real relationships and with the territory dimension. Only in this way, it’s possible to adapt the market to a new and unprecedented situation. All of this is included in one word: “phygital”, a term already present before the pandemic, which however will be the protagonist of a totally new era. Live events will return in any case but with the consciousness that the digital dimension has entered in our everyday experiences in a so predominant way that it’s impossible to come back to what was before. Therefore, new online modalities of monetization and new strategies for the social sharing of live events are needed to recover the situation and to build solid bases for a future after the emergency.

Moreover, in this situation a high demand for a more diversified offer of music events has developed, which can allow a safe experience according to the anti-covid measures, and so addressed to small concerts and festivals, set up in small clubs, parks and streets. These represent by all means a market, which however is underused compared to the current strong demand for it. The reasons for its limited expansion are several, due to the relevant obstacles connected to the required administrative licenses which can be expensive in terms of costs and management resources, preventing a significant margin to be developed. However, small events represent a huge opportunity which bring with themselves several advantages:

This last element, that is the connection with the territory, represents a crucial point for music entrepreneurship. Artists and performers constitute a community, with a value, which is not only economic, referring to the entertainment sector, rather also related to the cultural innovation of communities, with a high potential in terms of creativity, sociality, relationship, inclusion and participation. In this logic, live music events can concretely promote the cultural heritage of the territory.

Therefore, it’s advisable to re-start from the bottom, with sustainable events in sanitary, social and economic terms, so as to grant the conditions for a recovery of the whole sector.

This situation represents, in fact, a flourish ground for new ideas, innovations and new mechanisms which have emerged from the limits encountered with the pandemic, and which can leverage on the dynamic scenario which is displayed in front of us. This is not the moment to have a short-sighted vision on the present, rather a creative one, which can question the models of the music business, already in difficulty before the pandemic, experimenting new languages and interpretations of the reality (which by the way is part of the arts’ mission).

In this scenario, Open Stage could represent a real revolution in the music and live events ecosystem. The idea behind the start-up is leveraging on the potentiality of technology, experimenting new platforms and ways of monetization, integrating it with a high creative capital. It’s indeed fundamental to develop the capability to propose high-quality online contents, which can bring a value going beyond the mere live streaming, rather capable of representing a real and concrete value for both fans and artists. All of this, in a vision which takes in consideration the huge importance of the relationship between the artists and their audience, which in this way can be strengthened and implemented exploring the digital component.

Open Stage proposes to reinvent the meaning of the performance, questioning it in a new and totally changed logic. Territory and cohesion are the words which can grant a solid recovery in this sector, and Open Stage is integrating them with an innovative approach, which can be potentially ground-breaking for the whole industry. The start-up starts from the awareness about the importance of collaboration, and this is reflected in the perception of emergent artists as the main resource for the development of a new business model. The relationship is the core of everything, both perceived in physical and digital ones.

Moreover, Open Stage demonstrates to have understood what is the real capital for music business in this current scenario: the audience. The market has indeed changed from a consumption model, based on the music sales, to an “attention economy”, where the real advantage is to have an audience upon which to create value. In this optic, technology reveals as the most precise and effective tool for value generation, since it has totally changed the way of addressing the audience. Now more than ever, it’s important to focus on audience development and audience empowerment, being prepared to address a transversal audience made up of different segments with different consumption modalities. This is what Open Stage plans to do, bringing events to streets again, which moreover is crucial also for an evolution of live communication and branded entertainment. Indeed, huge opportunities are to be developed in marketing terms, since live street events allow to put in contact brands’ values with people interested in them.

In this way, besides developing a sustainable model, Open Stage can contribute to nurture the idea of music as an inclusion and integration medium, as an expressive form able to break social barriers and old paradigms.